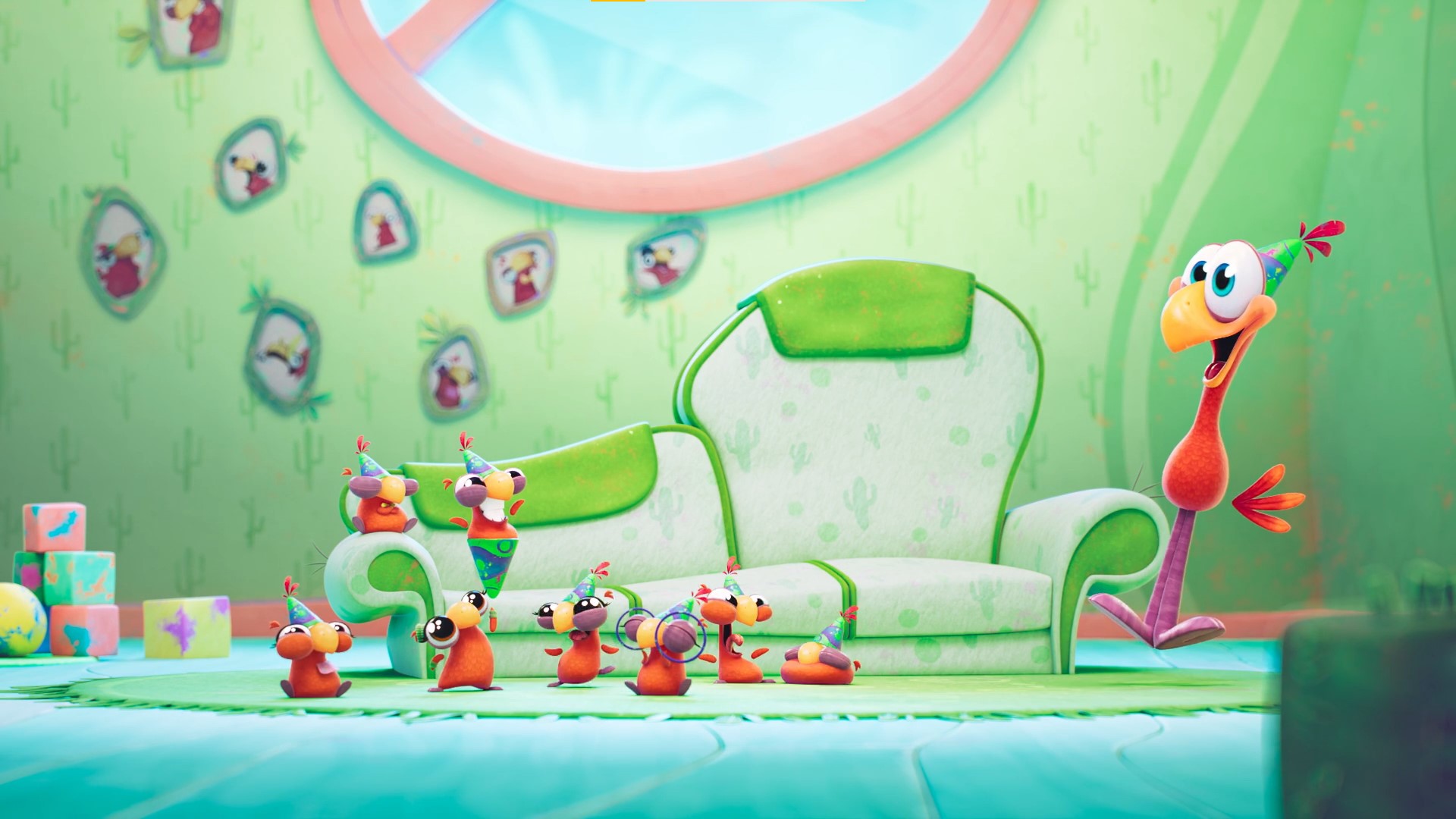 We are very excited to announce that two new episodes of CRACKE – FAMILY SCRAMBLE (52×7′), the brand-new slapstick CGI series by Squeeze, are now available for screening (on PGS website > Franchise private page).

This series is the flash-forward of the Cracke shorts (52×1′).  In Cracke – Family Scramble, the eight eggs Ed was watching over relentlessly have hatched, and it is now time for this first-time daddy to look after his ostrich octuplets. He loves them more than anything! Too bad his over-protective instincts and out-of-control imagination turn every family activity into a ridiculous adventure!